Using Google trends is a good way to see how a topic changes in popularity over time. This is a quite a naive measurement so it’s more for fun than serious statistics. 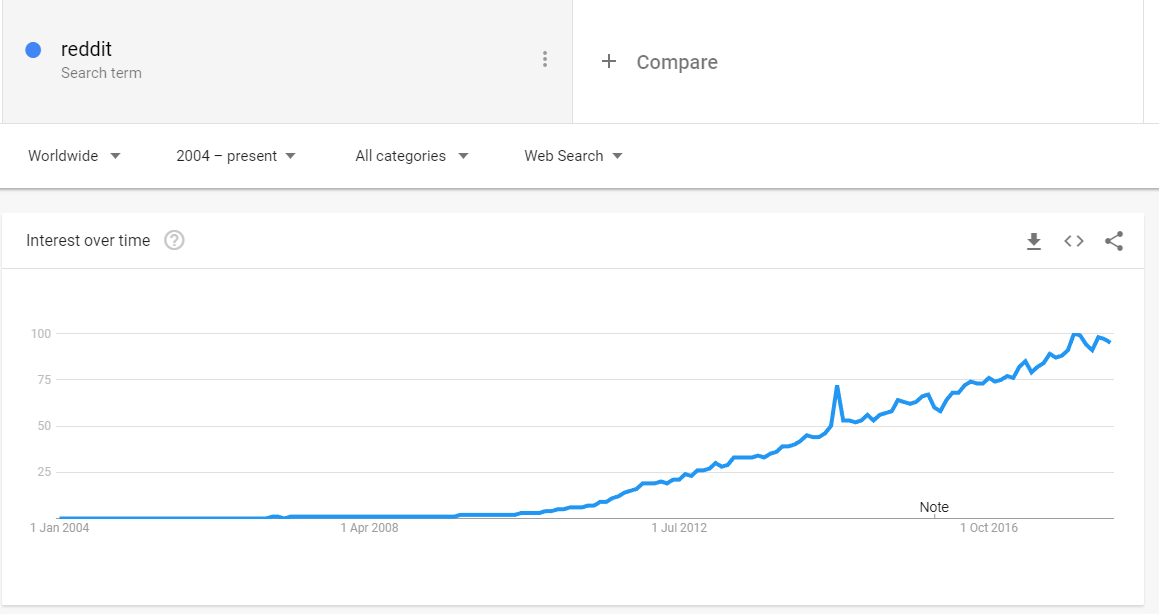 Reddit is on the rise, sometime in 2010 the amount of searches for Reddit really started to pick up. 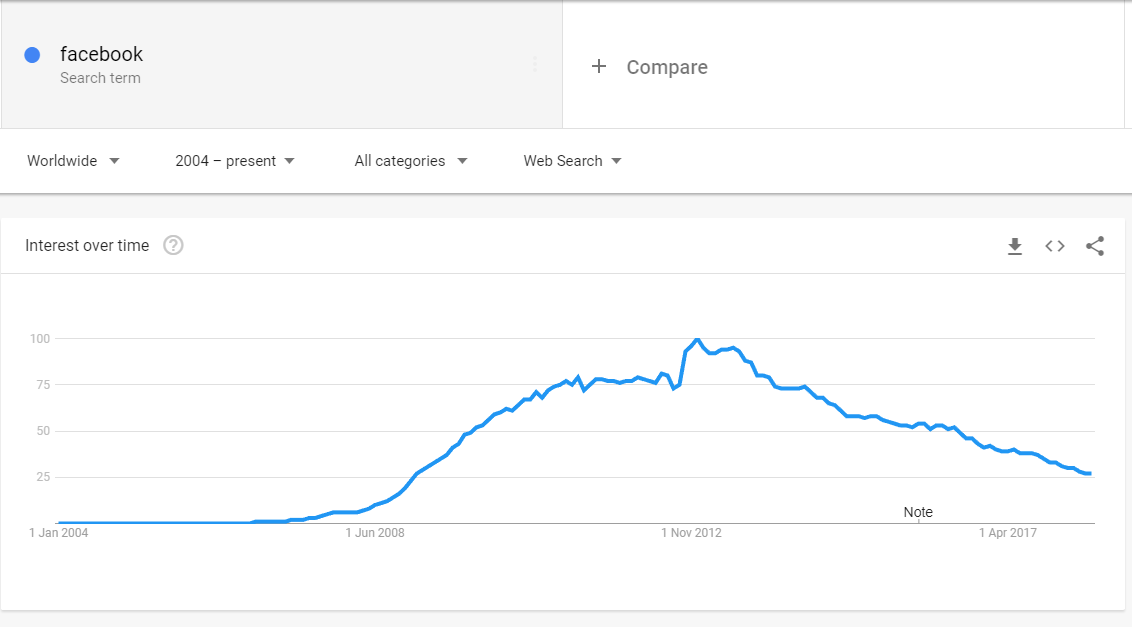 Facebook’s graph is extremely intriguing. There is a steady decline from 2013 onward. Is this due to app popularity increasing causing people to search it less? Are people leaving Facebook to move to Instagram, snapchat etc? 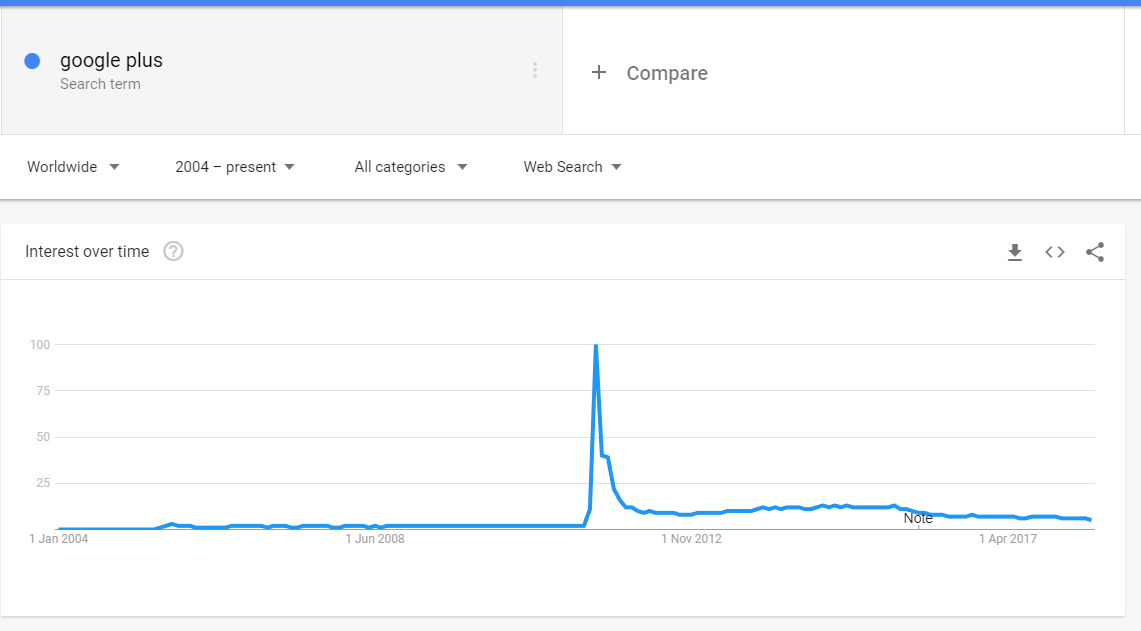 Big launch followed by a steep drop off. Search has stayed similar after the initial spike with a slow decrease. 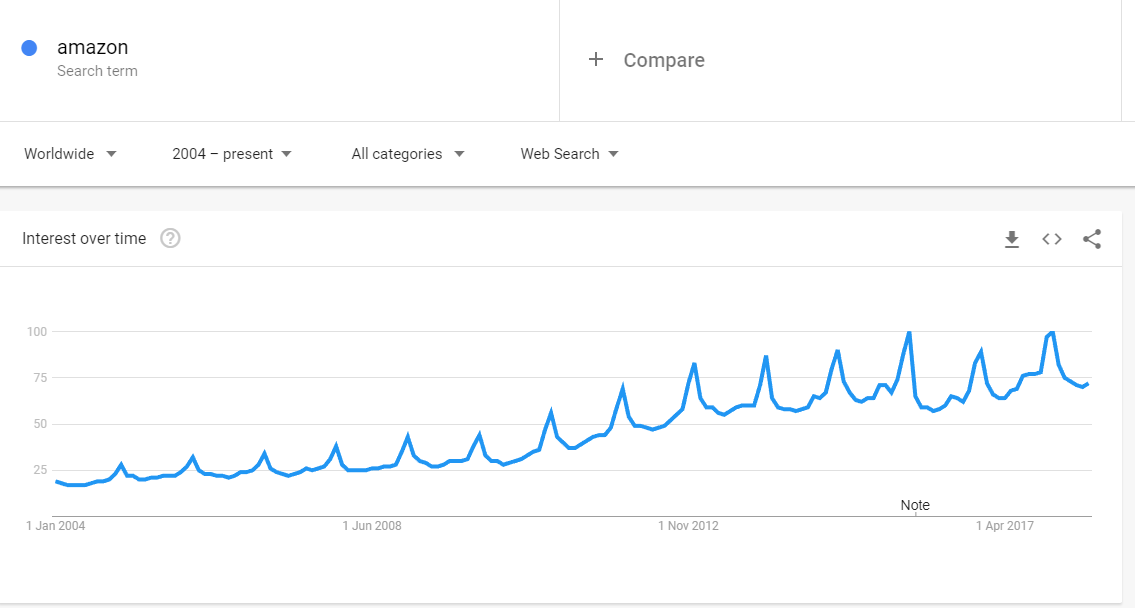 Surfing the waves. Looking like a steady increase for Amazon year on year. Those spikes are in December, I assume for Christmas/ Holiday presents. 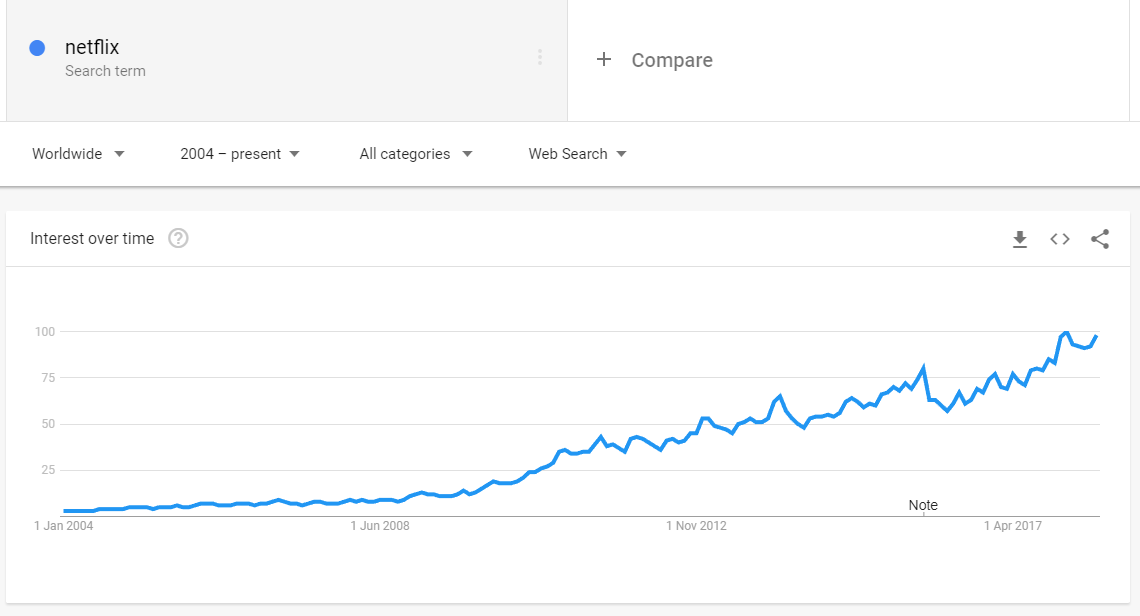 The slow and steady domination of the video streaming market. As they expand to more countries and regions and they continue to produce ‘must see’ shows the popularity is going wild. 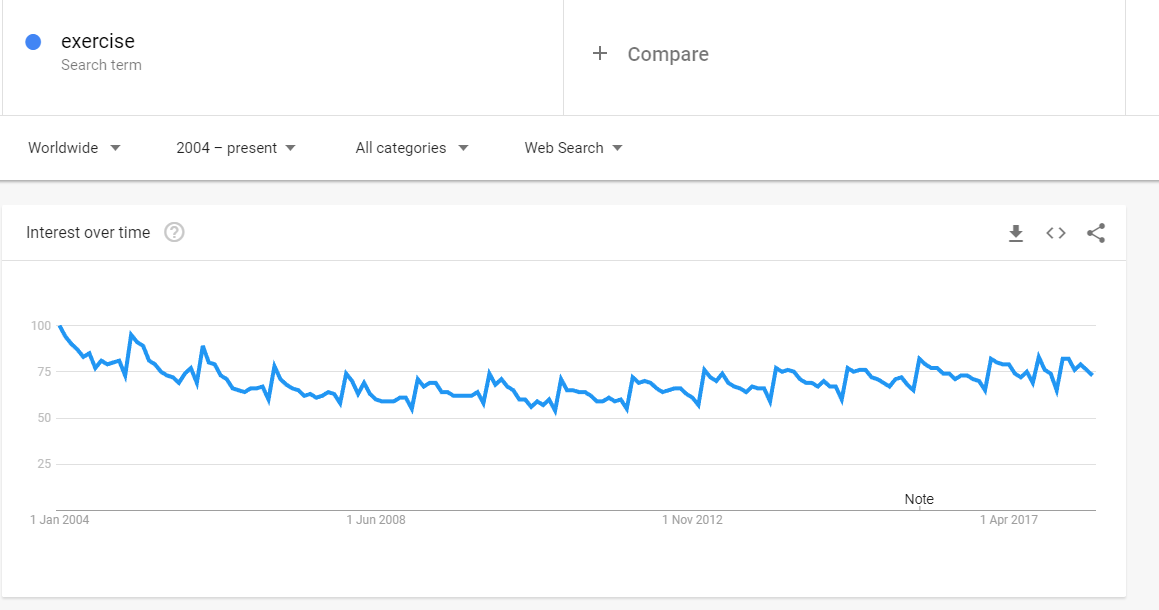 A steep decline of searches for exercise in December and then a big spike in January! Getting ready for those new years resolutions. Overall it seems there was a gradual decrease in interest in exercise since 2004, then in 2012 interest slowly started picking up again. 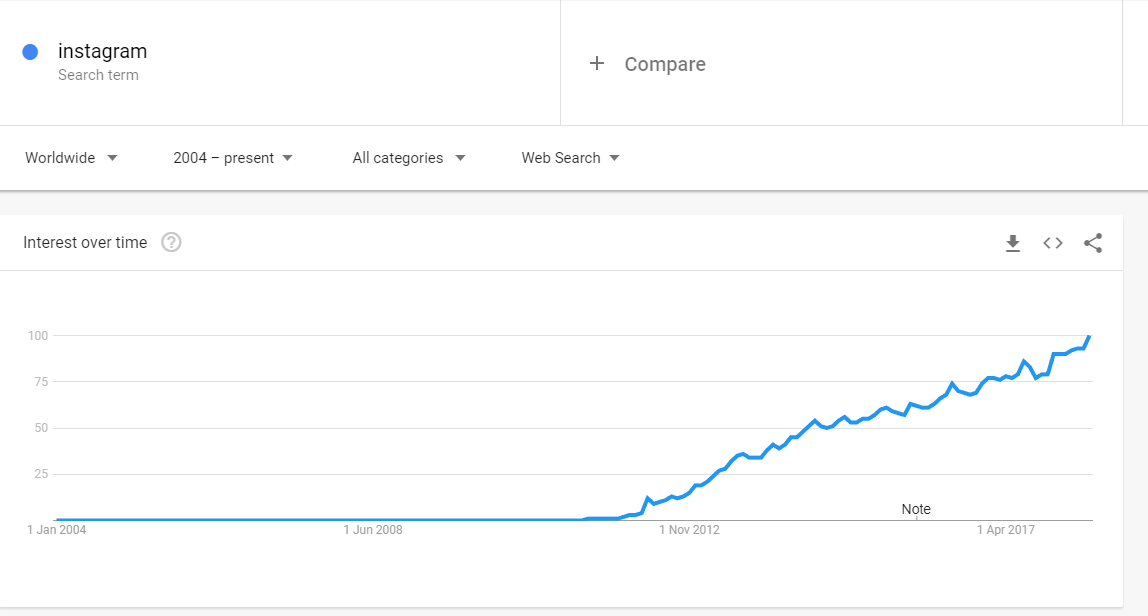 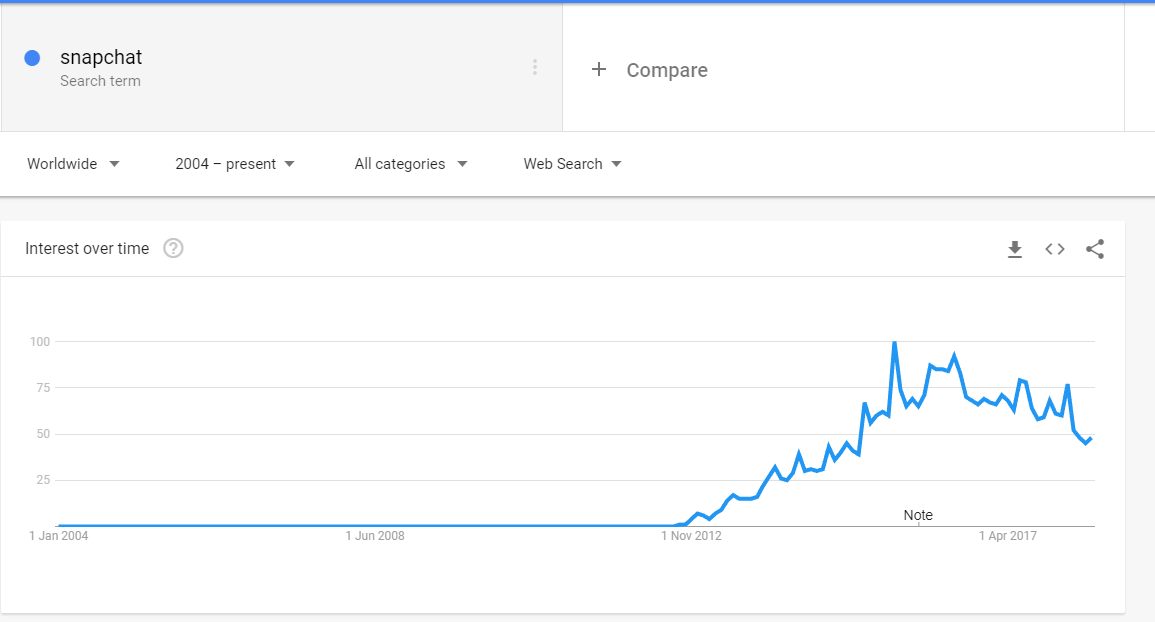 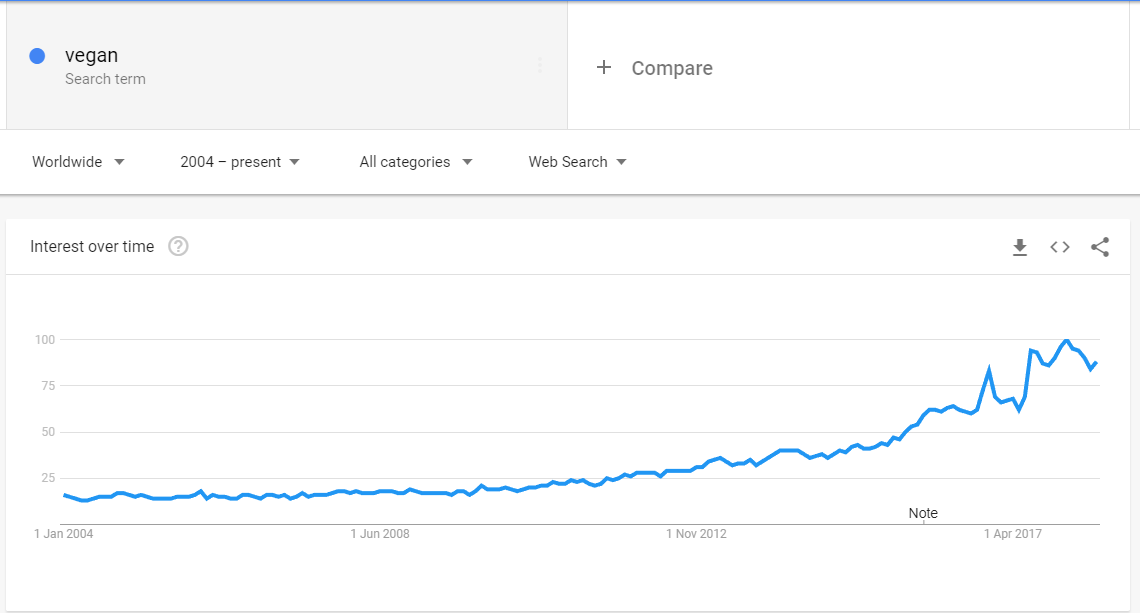 Vegan is searched 5.5 times more today than it was in 2004. Animal awareness has grown. People are attempting to be more ‘ethical’. 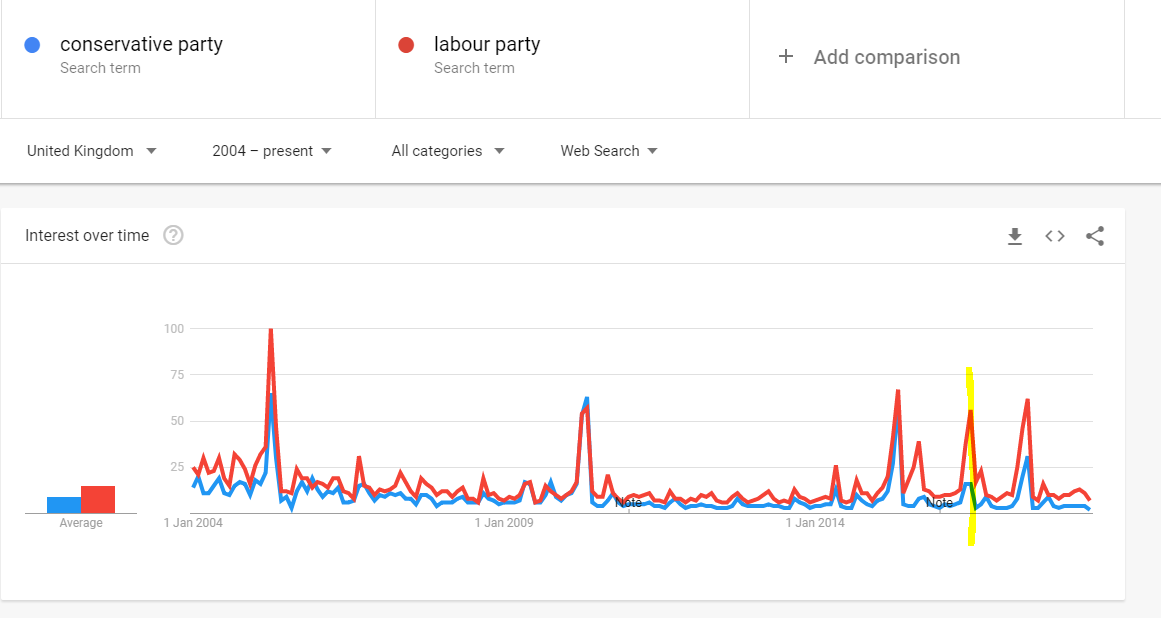 Winning on searches, losing on votes. Labour had triple the amount of searches during the last election. 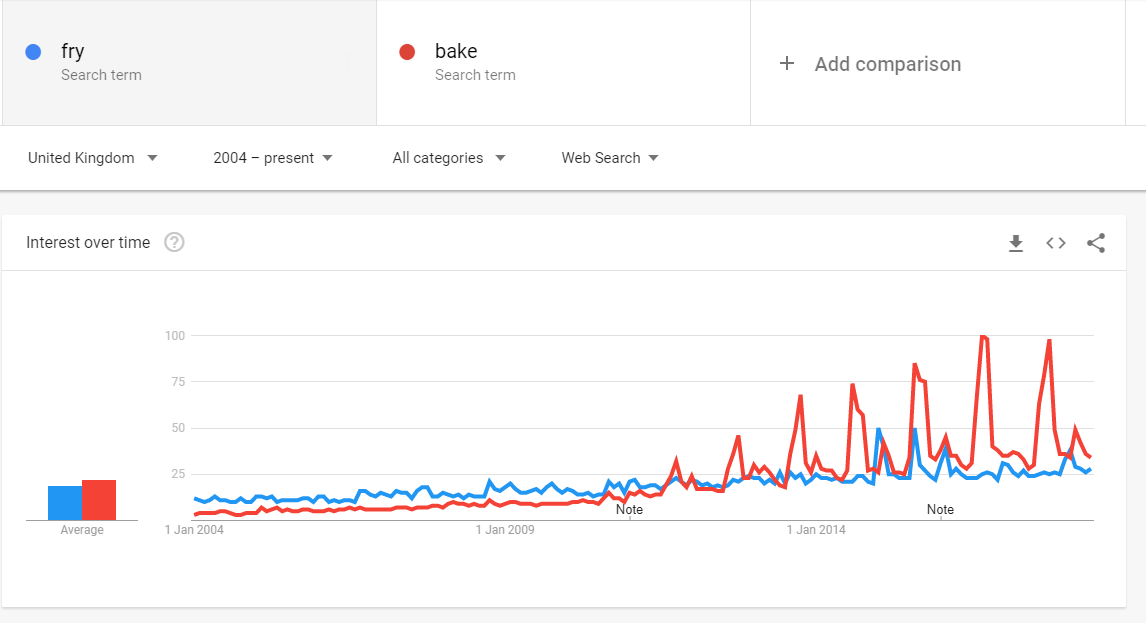 Unsure what is going on here. Let me know in the comments! People love to bake around October.

Scotland vs England vs Wales vs Ireland 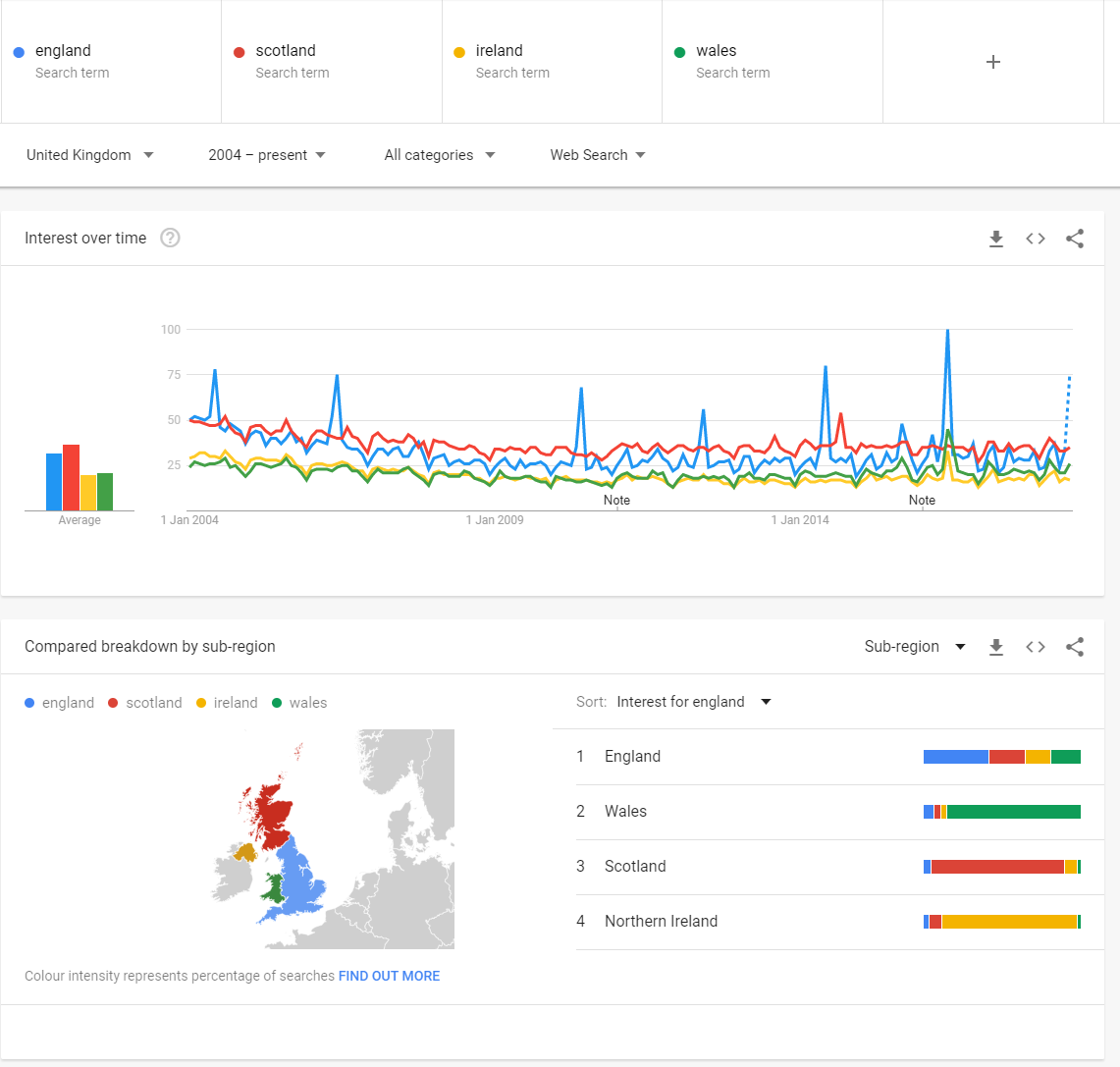 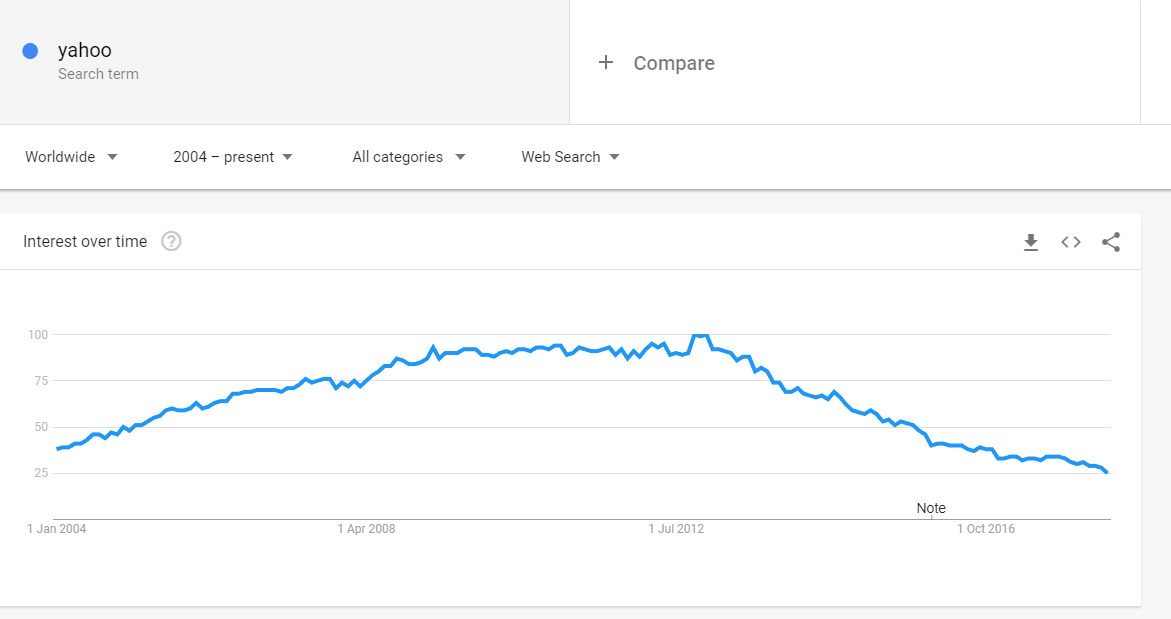 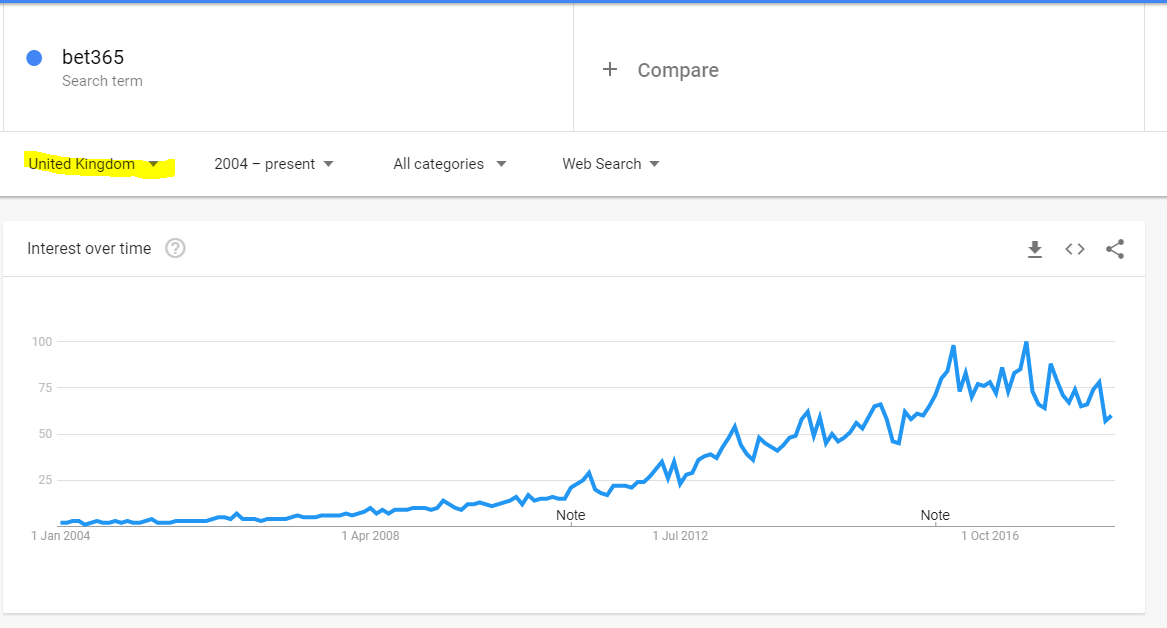 This is limited to a UK only search. Demand for online gambling looks like it slowly increased from 2004. They seem to have hit a plateau recently and slowly losing searches. Where are the people going? Are we starting to gambling less, are people using the app more or are people leaving for competitors? 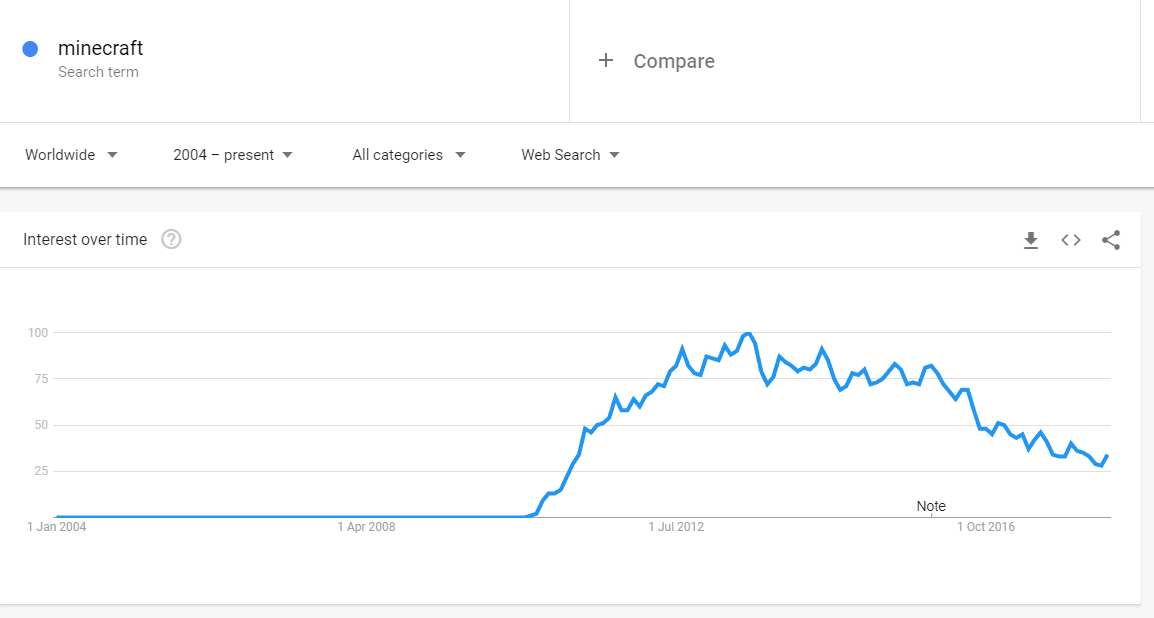 Everyone who’s anyone was playing Minecraft in 2013. Nothing lasts forever. 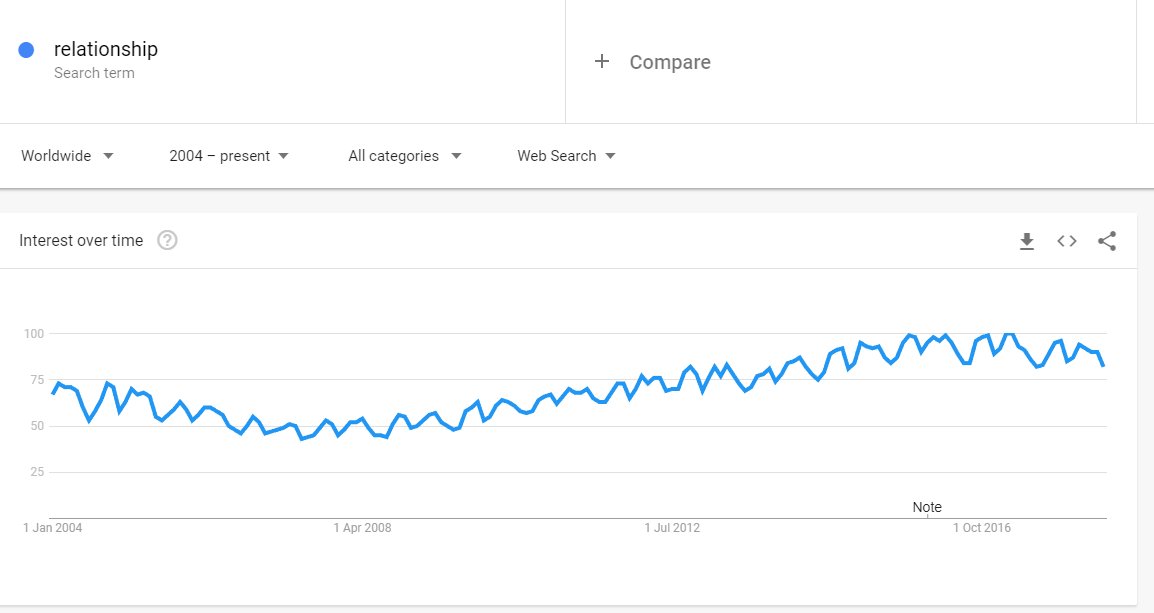 This seems to have a semi consistent wave pattern to it. I’m unsure what it means. 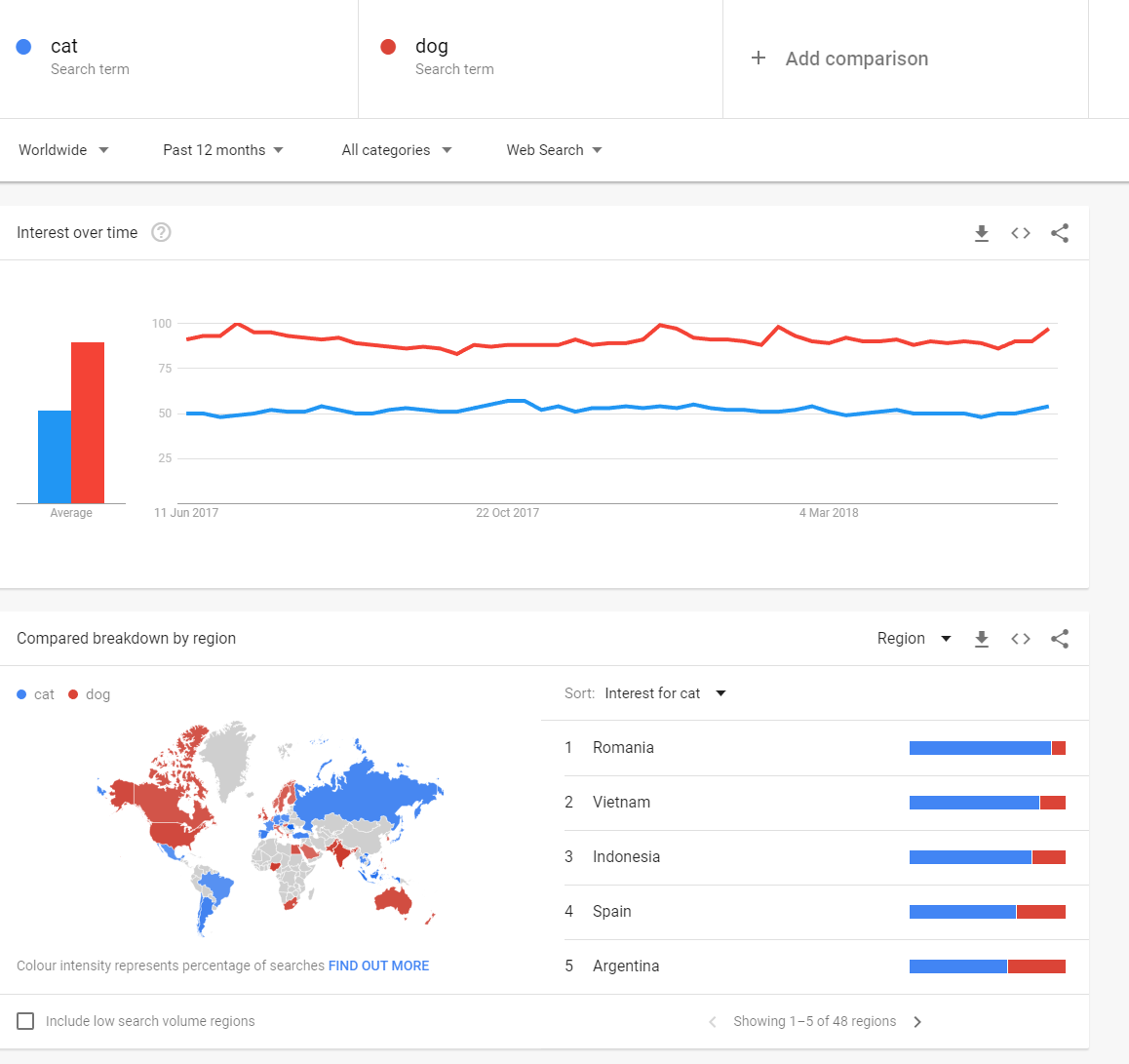 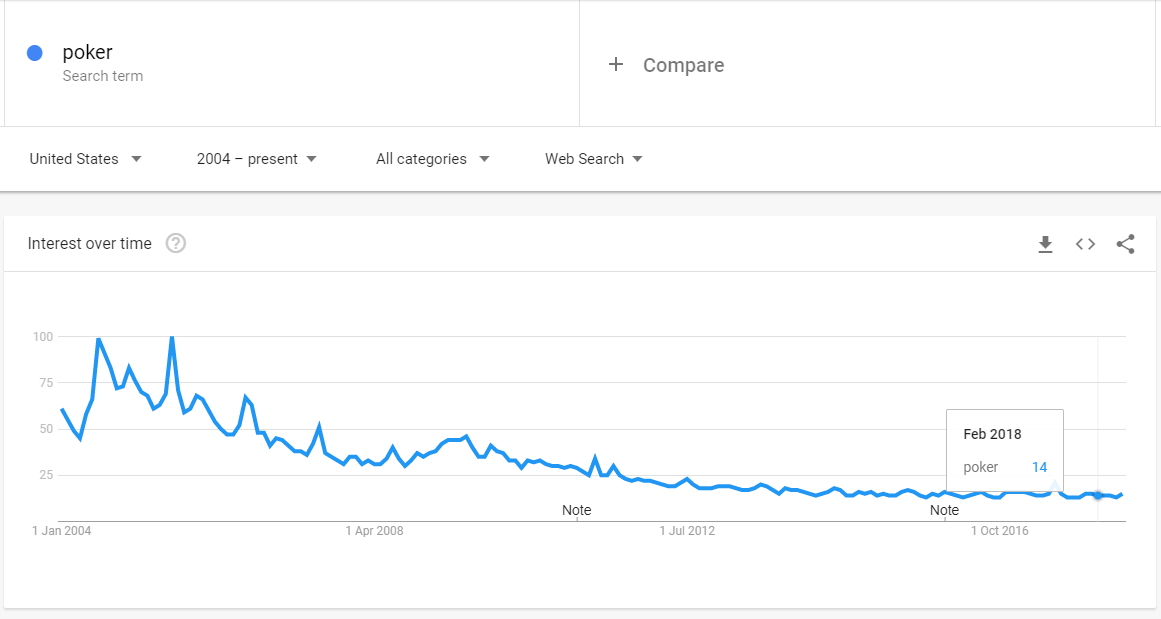 Online poker is a mere shadow of it’s former self. 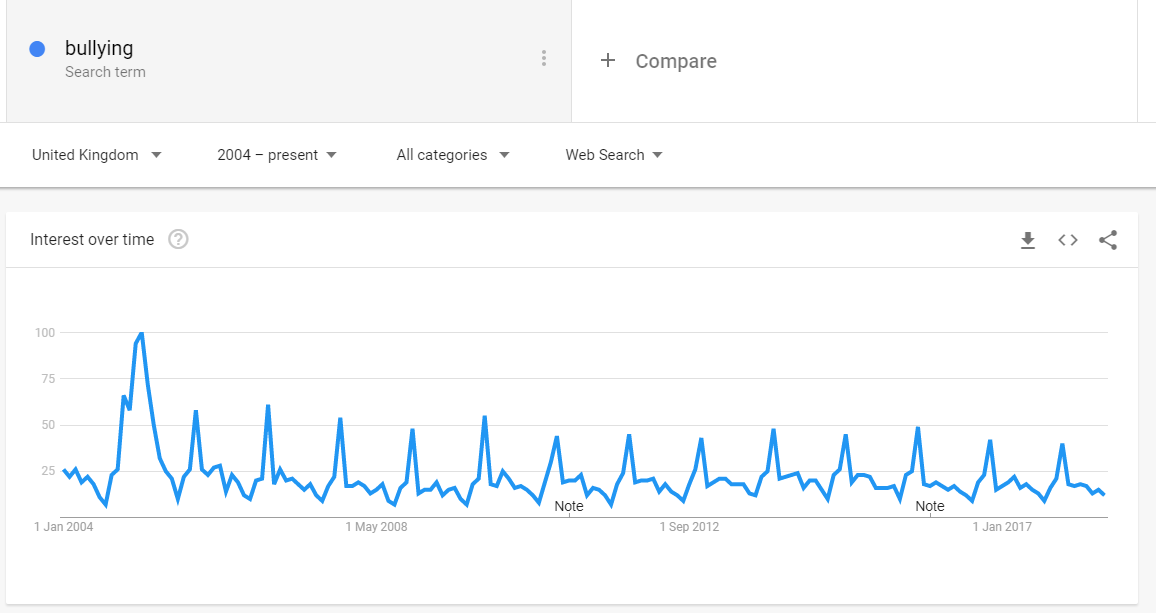 There is a sharp rise of people searching bullying at the start of the School year in September, peaking in November. Over the school holidays the amount of searches decrease which makes sense. 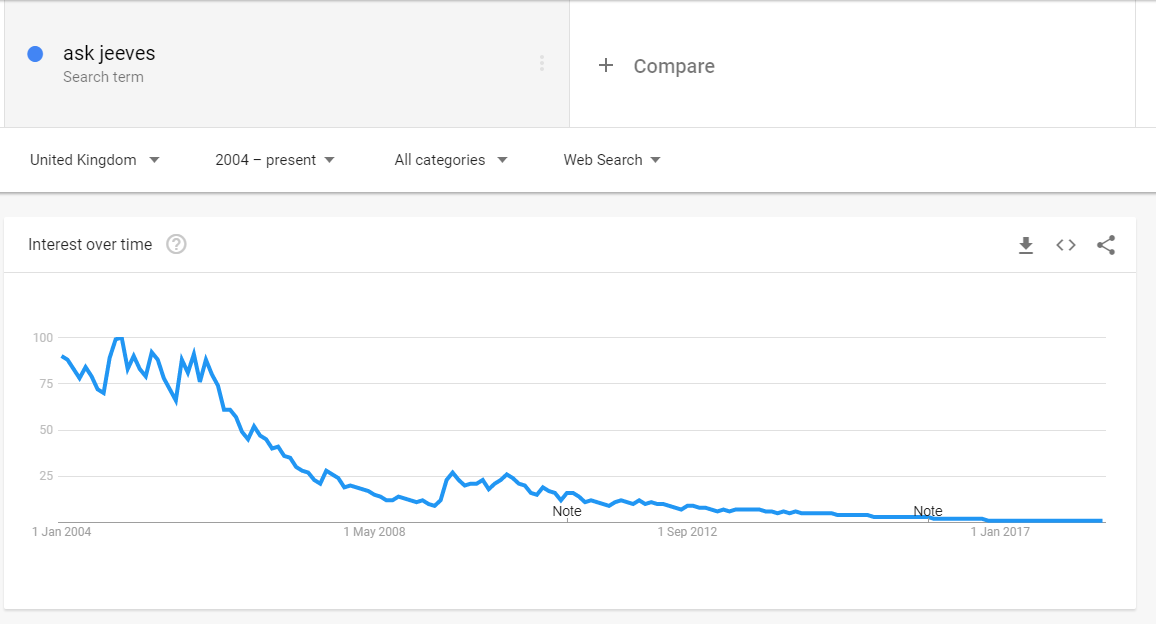 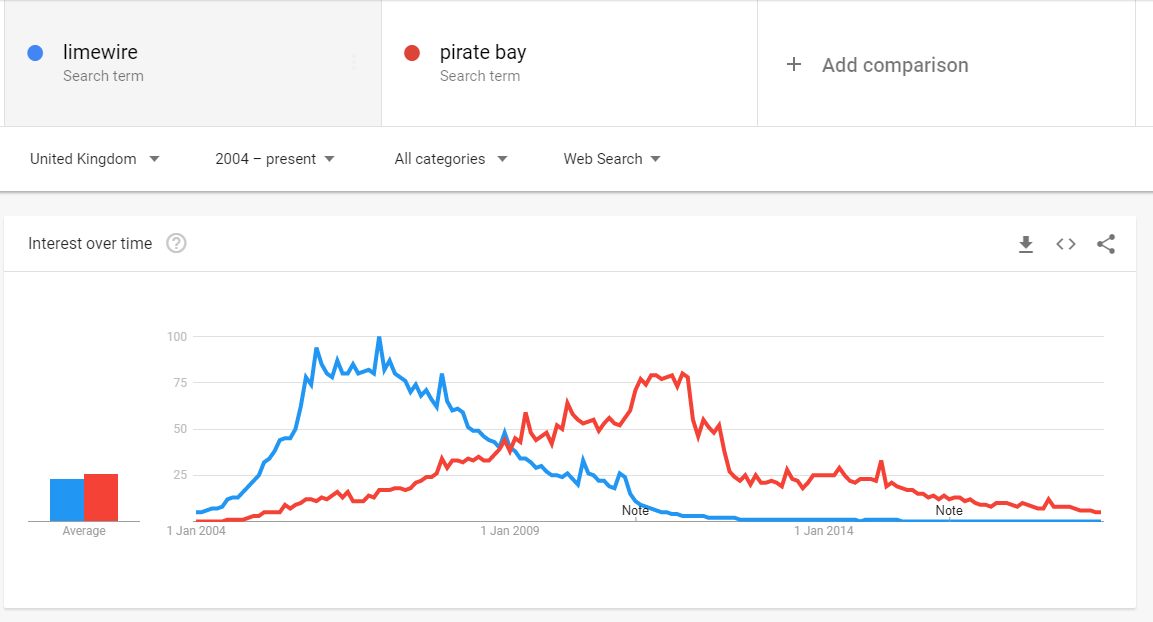 As Limewire crumbled Pirate bay took over as one of the biggest illegal content providers. UK  only. 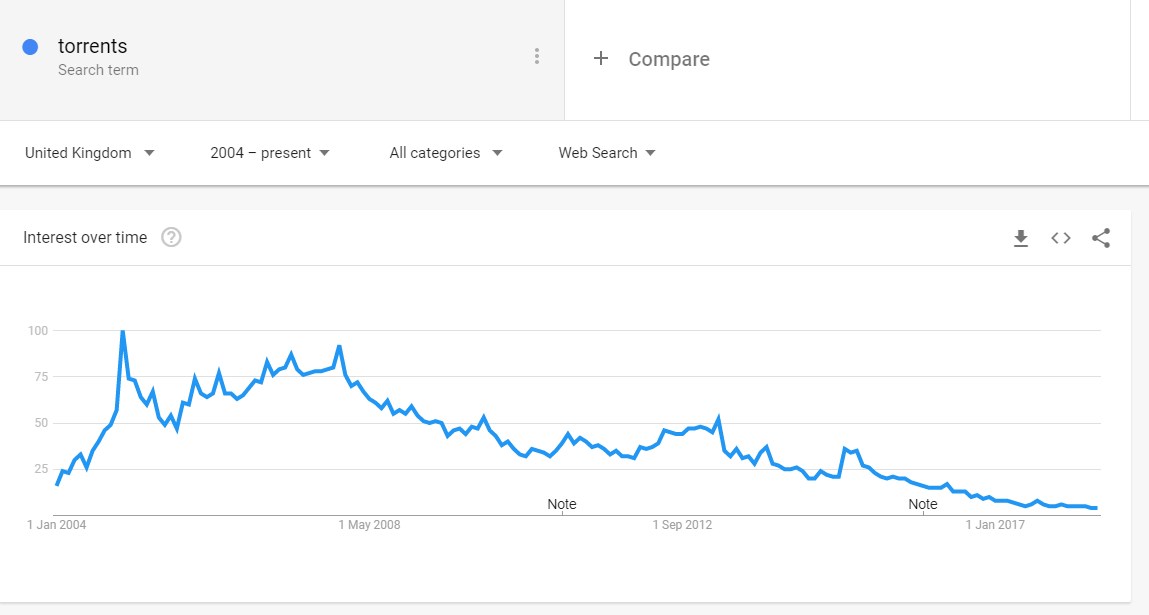 The search for the word torrents is at an all time low as the majority of the sites are now banned in the UK.

Spotify vs Torrents vs Netflix vs Apple music 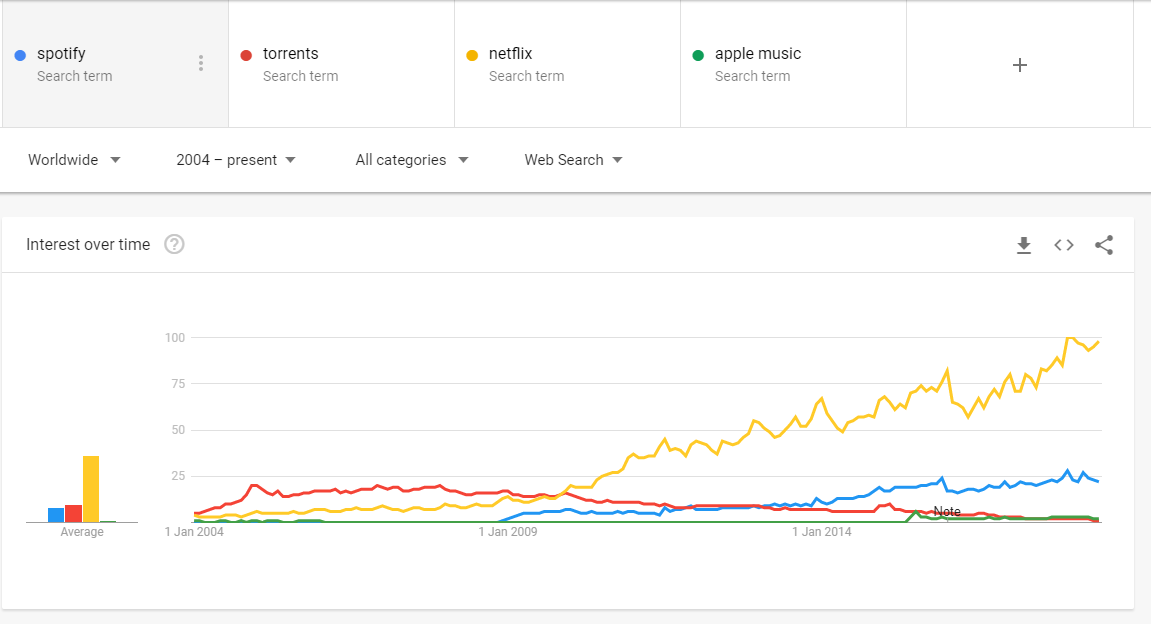 The search for the word “torrents” has decreased significantly. Maybe this is in part due to the ease of access to legal streaming services now.
[adinserter block=”2″] 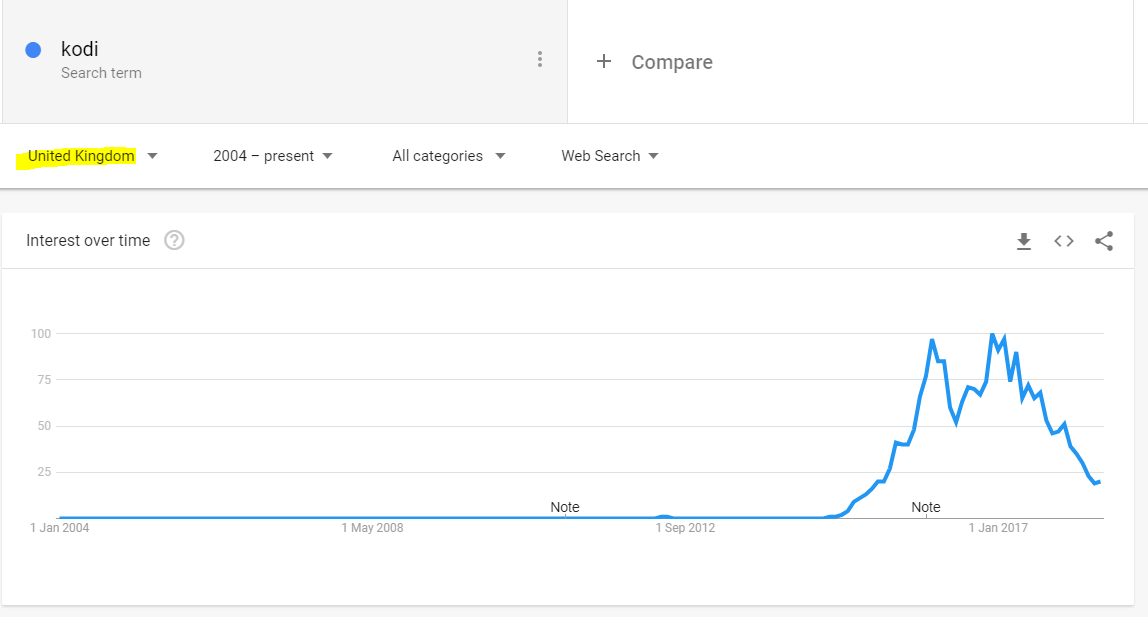 Many illegal streams that Kodi supports have been blocked. I imagine in a year this will be even lower as more streams get blocked. 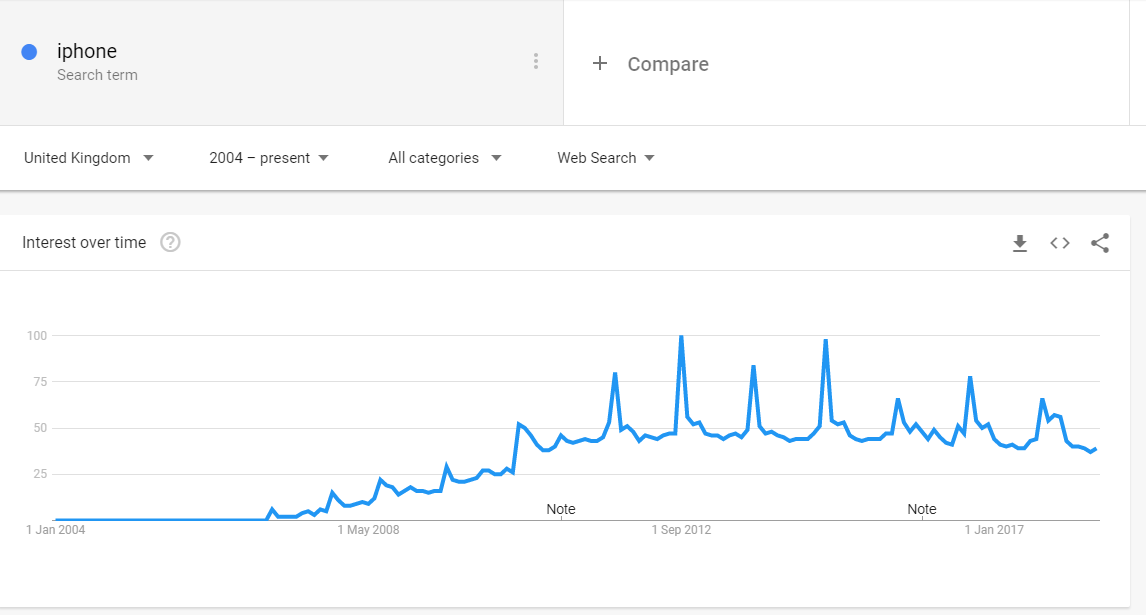 Big spikes each release for the iPhone. It looks like the searches for iPhone have began to decrease. The biggest releases were in 2012 and 2014. Last years release generated significantly less interested compared to 2012 and 2014. Poor apple,  maybe it’s due to releasing a phone for £999.99?